Dave Cavalier has been playing drums since the age of 10.  A staple of the Baltimore music scene, Cavalier has played in groups spanning all genres including rock, jazz, hip hop, fusion, metal, hardcore, indie, ska, pop, and everything in between.  He’s currently touring and recording with War On Women, a feminist hardcore based in Baltimore.  While drums are his first instrument, Cavalier has also seen success with his heavy psych-rock band Black Lung, where he fronts the group as a singer/guitarist.  “Playing guitar and singing has definitely made me a better drummer”, he notes.  “I can visualize everything now and I really understand how to avoid overplaying and getting in the way of the music.  We can truly lock in.”

Dave has had the opportunity to play drums for such legends as Angelo Moore (Fishbone), Norwood (Fishbone), and HR (Bad Brains).  Additionally, he has played with many members of P-funk, and hosted a jam session in Baltimore where musicians would come from all over the East Coast to jam together. Cavalier has toured the US, Germany, France, The Netherlands, Sweden, Italy, Switzerland, Czech Republic, Poland, Austria, England, The Virgin Islands, and Australia. Dave has also been a part of many festivals including Warped Tour, Download Fest, and Freak Valley. 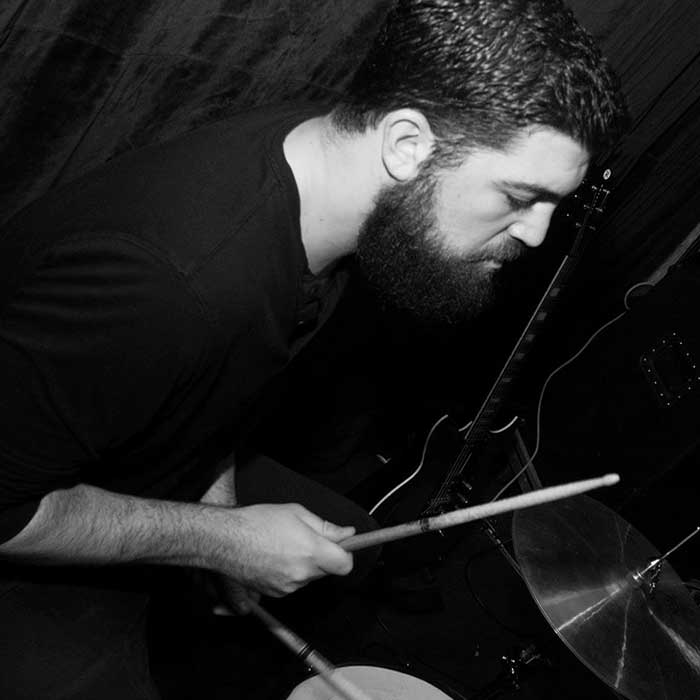 Schedule a Lesson with Dave