Jackson is currently in his fourth year at Towson University as a Music Education major. Jackson has studied music for the past nine years both with educators, instructors, and other musicians in Maryland, and he has been a part of several ensembles both in and out of schools. While he began learning music through the drumset at the age of twelve, Jackson soon moved to guitar, and continues to put as many instruments as he can under his belt!

Jackson has played guitar for the past eight years, during this time he joined classical guitar groups and jazz groups. He has played in concert bands, rock bands, jazz bands, and folk bands in schools and within the Carroll/Frederick county area. In addition to guitar, Jackson has studied voice for five years, and received awards for vocal performance in theatre productions, and he has performed with choirs during his vocal studies. Jackson has provided music lessons to students of all ages in the community for six years. 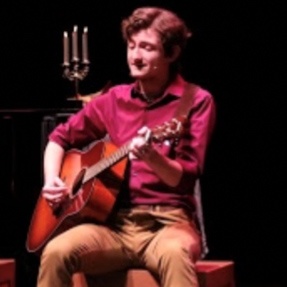 Schedule a Lesson with Jackson