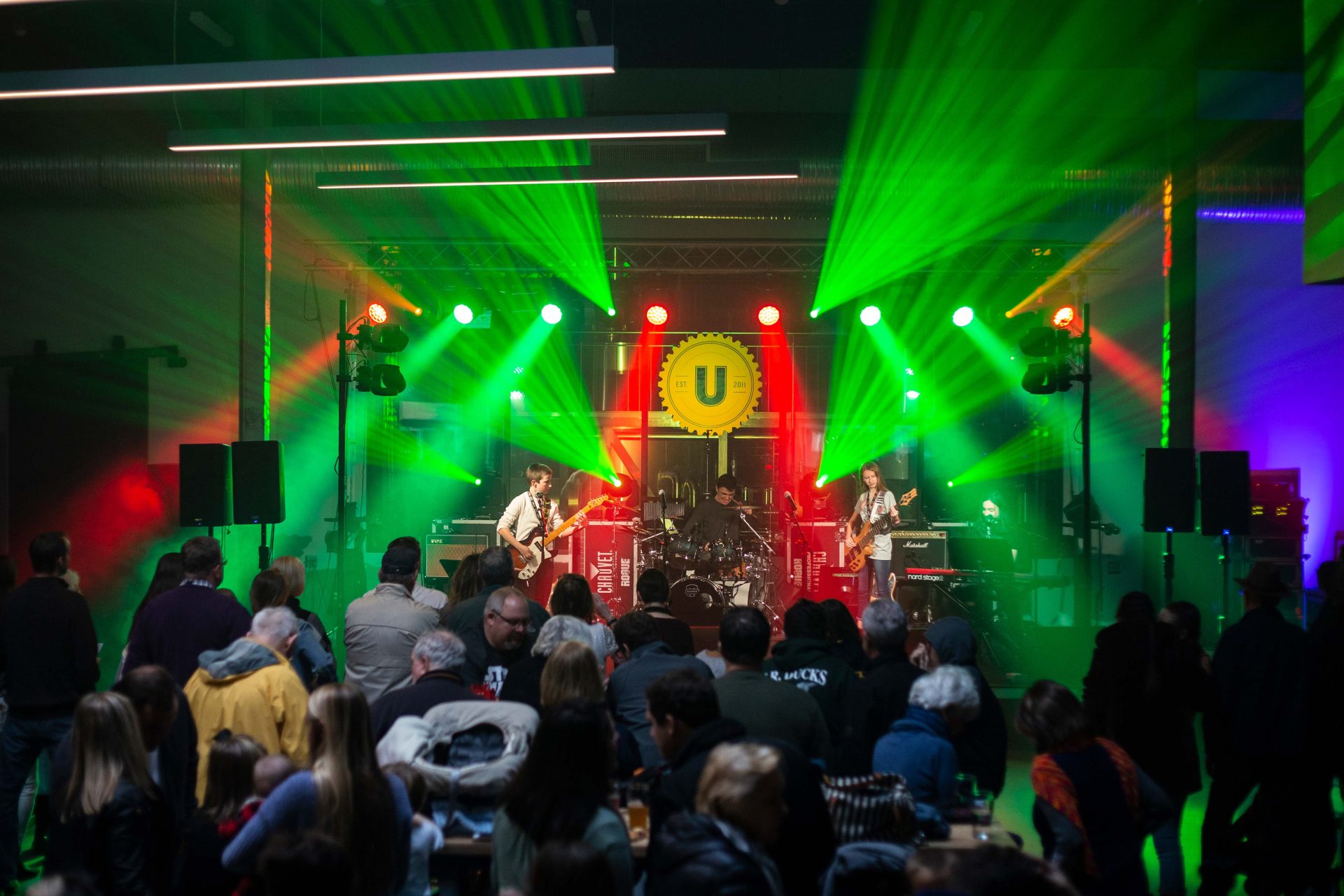 As a musician, we’re sure that you’re confident in your repertoire of songs. You may have a tried-and-tested audience favorite, a new song that you’re eager to debut, perhaps even a cover of your musical icons? But have you thought about how your set list is going to take your audience on a journey? At Stages Music Arts, we know that creating the perfect setlist is an art form in itself.

Your set list is more than the sum of its parts – it can make or break your gig. So how do you go about arranging your songs into a captivating set list? Collectively, we’ve been to our fair share of gigs, and we’ve learned a thing or two about what makes a great one. Here are some tips so you can feel as confident as possible for your upcoming gig.

With such a vast range of live music venues, there really is a time and place for everything! Tailoring your set list to the venue isn’t just a matter of acoustics or set-up, it’s about the type of atmosphere you want to create. Anyone who’s seen an MTV Unplugged video will know how resonant a raw, stripped-back set can be in an intimate venue. On the flip side, if you’re playing a large bar or club, infuse a little bombast into your set list to get the masses on their feet.

PLAN TO MAKE A LASTING IMPRESSION

Think of your set list like a movie – you want a captivating opening and a show-stopping finish. The art of a great gig is creating unforgettable moments for your audience. Your first song should take them on a ride that they won’t want to get off of, and the last song should make the entire journey worthwhile. Therefore, if you’ve got two songs that are guaranteed crowd-pleasers, put them at the front and tail ends of your set list.

GET CREATIVE WITH TEMPO

Tempo is vital to the energy and atmosphere of your set list. Be sure to avoid playing too many songs with the same tempo back-to-back. This will lead to your songs blurring together, making parts of your set seem monotonous. Instead, experiment with different dynamics. Maybe you want to give your audience a moment of pause between songs played at breakneck speed. Perhaps once the crowd has settled, you want to whip them up into a frenzy! Dynamics are key to that collective energy that makes live music so exhilarating.

You should know the lengths of each of your songs like the back of your hand. You’ll want to know which songs work best in your allocated time-slot. If your set is an hour long, it may not be the best time to debut that song with a seventeen-minute guitar solo!

No matter how smoothly your rehearsals go, you’ll want to have enough space between songs. Not only does this give your audience room to breathe, you’ll also want enough time to gather yourself, re-tune if needed, and introduce your next song.

You should also account for the time spent interacting with the crowd. One of the main reasons people go to gigs is to get up close and personal with their favorite musicians. This isn’t to suggest you allot specific parts of your set-list to audience interaction or to count the seconds between songs. Instead, it’s about accommodating a sense of spontaneity.

Transitions between songs also provide unique opportunities to get creative. The art of a gig is not just the songs themselves, but how you can infuse and arrange them. If you have two songs in the same key or a similar tempo, for instance, you could transition seamlessly from one to the other without warning. Never underestimate the element of surprise!

OFFER A NEW SPIN ON A CROWD FAVORITE

If you’ve gained a following, you’re likely to have fans who’ve memorized every beat and lyric of their favorite songs. What a better way to reward their devotion than by offering a brand-new version that they’ll be the first to hear? Sometimes set lists can get a little stale, especially for long-touring bands. All it takes is a little fun and creativity to revitalize your most-played songs. A classic example of this is Led Zeppelin, who, upon performing at Royal Albert Hall in January 1970, turned their six-and-a-half-minute iconic song Dazed and Confused into a ‘majestic 16-minute opus.’

Cover songs can also be an unexpected highlight for your audience. Many artists steer clear of covers, but for audiences there can be a thrill in hearing a new take on a well-known song.

Iconic examples include Nirvana’s cover of David Bowie’s ‘The Man who Sold the World’ at MTV Unplugged in New York (not to mention ‘Where Did you Sleep Last Night’, a folk and blues standard often attributed to Leadbelly).

Covers also give you the chance to surprise your audience by taking an unexpected song and turning it on its head. A notable example of this is Linkin Park’s set at the 2011 iTunes Festival. Late lead singer Chester Bennington started by saying, ‘We’re going to do something really special for you guys.’ He then sang an angsty, rapturous cover of Adele’s Rolling in the Deep.

As a final thought, consider your set list like the track list for an album. Often, tracks have been thoughtfully ordered, so the listener is taken on a journey. However, what differentiates an album from a live performance is that each gig is a unique experience. So don’t feel as though you have to be rigid with your set list. Over time, you’ll get new ideas, as well as a sense of what works and what doesn’t.

Our mission is to help you find your unique voice by playing the music you love from the start. We strive to inspire students of all ages and abilities to discover your passion, gain confidence, master your instrument and thrive in a supportive community. At Stages Music Arts, you become part of a community centered around the joy and soul of making music!

Back to the blog

Sign up with your email address to receive news and updates.